Excited for this trip with our family

Read my review of the Disney Cruise Line with my experience on the Disney Dream on a 3-night cruise to the Bahamas and all the ship had to offer.

Price Reduction!!
244 San Nicolas Way has been reduced to $370,000
for more information on this listing or to set up a showing please contact
Gwen Harmon

Looking for a new home? I've got the perfect place.
Ocean Palms
244 San Nicolas Way
St. Augustine, Fl, 32080
3 Bedrooms, 2 Bath home in a Gated community, just minutes away from the beach!
For more information give me a call!
Gwen Harmon - The Key to Great Homes!
[email protected]
Gwenharmon.com
904-501-8694

Happy November! I hope everyone had a great Halloween. I wanted to share some great events happening in November,
The Great Chowder Debate - November 5th
Veterans Day Parade - November 11th
Nights of Lights - November 18th
and of course Thanksgiving - November 23rd
Hope so see you at these events! Everyone have a Great Thanksgiving & Happy Holidays! 🦃 Dont miss out on these Fall Activities! Sykes and Cooper Corn Maze October 7-29. Greek Festival October 13-14. These are some of my favorite activities of the year! Hope to see you there.

Explore the truly "amaizing" corn maze at Sykes and Cooper Farms and enjoy lots of other fun fall activities.

Come join me Saturday October 7th, from 1:00-4:00 for a community open house in Ocean Palms. 244 San Nicolas Way. See you there!
http://www.sharperagent.com/marketinglinks/009CB786

Love one another. Great story...we do have hope.

"I was notified by a friend of a situation that was being posted on our community page, here in Georgia. We have a nice little college called Gordon College, here, and they have dorms, etc. This past weekend, a 19 year old Gordon student was found sleeping in a tent, hidden in the bushes with only a box of cereal to eat. He rode a little boys 20" bicycle 6 hours in the heat of the day - with 2 duffel bags of all he owned and 2 gallons of water - from Conyers, to get to Gordon because he said he thought it would be the safest place for him to sleep in a tent, until he could get in the dorms on July 18th.
The campus police found him and told him to come out with his hands up and then realized there was something wrong; they asked him what the real story was and he told them. He was homeless and this would be his second semester at Gordon. The campus police found out this kid is wanting to be a biology major and was truly homeless and hungry. They took him to a local motel and several officers paid for him 2 nights there. He had nothing but 2 duffel bags, a little bike, a box of cereal and 2 gallon jugs to put water in.

I realized that his 2 days in the motel were up today and Cole and I decided to go find him. The motel called his room and asked him to come downstairs. I asked him if what I read was true - about riding his bike 6 hours, no food, sleeping in a tent, etc. He quietly said, 'yes ma'am.' I asked him what we could do to help him, as the owner of the motel listened in. He said, 'ma'am, if someone could just help me find a job, I'll be ok.' He told me he could move in the dorms on July 18th and the owner of the motel confirmed he was only paid-up through 11am this morning. The owner of the motel graciously gave him a discount for the motel until the 18th and I told him we would take care of that. His face lit up - I don't think I've ever seen someone so grateful and humble.

I handed him what cash I had on me and told him I was going to go to the local places to see if they were hiring and I would let him know. Cole and I hit the streets going to places to see if they had any jobs that would work with a school schedule. This kid said he would take any job, and he meant it. Well, he got a job washing dishes at a local pizza place and gets to start tomorrow! He was so thrilled. Truly thrilled.

I thought that helping find him a job, giving him some money and paying for his motel was going to be it for me. I just couldn't stop thinking about how lonely and rejected he must feel. How he must be questioning IF he was going to be able to finish college, eat, and make life work. Then I thought --- geez, this kid just rode a 20" little boys bike 6 hours in 100 degree weather....he's determined. But, I started feeling horrible that he was sitting alone in a motel room with no one....it was KILLING Cole and me. We went back and just sat and talked to him. Then we took him to get a few shorts and t-shirts for his new job and shared some laughs. We just dropped him off a bit ago, back at his motel room.

I got the most gut-wrenching text from him where he asked if he could spend time with our family - that he just felt a connection to us - he said he just needed to feel like he was connected to someone. I cried...and I cried. How could this happen to this kid?! I hated to tell him that we were leaving for Hawaii in a few weeks, for a long time.
So, if you live in this area, and you have room in your heart for someone that needs family...please invite him to dinner a few times a month. Please take time to cheer him on and tell him he can do this. Please pray for him. Please share some life with him. If you want to help him with clothes, shoes, food gift-cards, anything on your heart. Please let me know and I'll get it to him. He's worth it. I promise."

Edit: Photo is of Amber Shoemake and Fred :)

For our best love stories, subscribe to our free email newsletter: http://bit.ly/29l733Q :) Selling your home soon? Find out which repairs could have a big impact on home value. 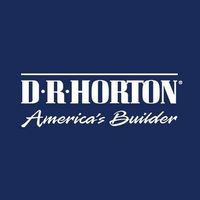 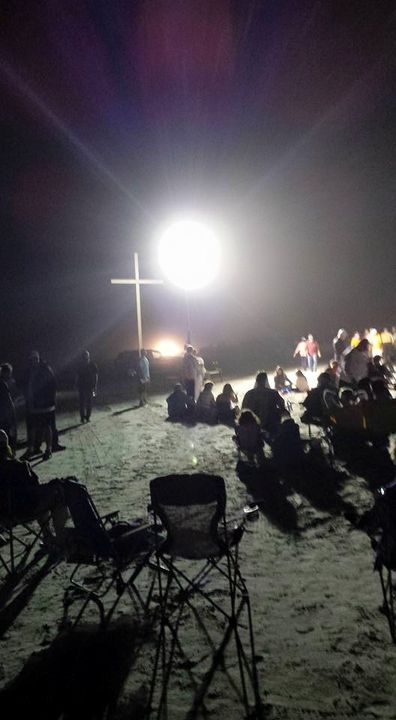 Easter Sunrise service at the beach with our Lynchburg family. Doesnt get any better than this. So thankful for what Jesus did for us.

Let me help you find yours

Spring is all about rebirth, so why not freshen up your living space this season! Try these 10 simple design tricks to make your home say "spring": http://ow.ly/ZM0Du 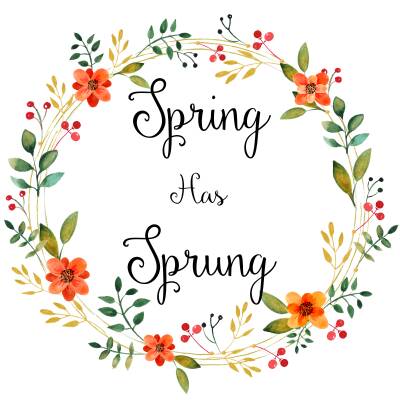 It's the official first day of Spring! However you may be spending it, we hope you have a terrific day!

Study shows St. Johns is healthiest county in Florida while nearby Duval ranks in bottom half

Study shows St. Johns is healthiest county in Florida while nearby Duval ranks in bottom half

The healthiest county in Florida is St. Johns, while Duval lags significantly.

Happy St. Patrick's Day to our associates, customers and friends!

Can't wait to try it.

The digital age is changing the way the real estate industry does business. Check out this blog post to learn how Watson Realty is adapting and innovating to help make our customers dreams come true: http://ow.ly/ZgR3u 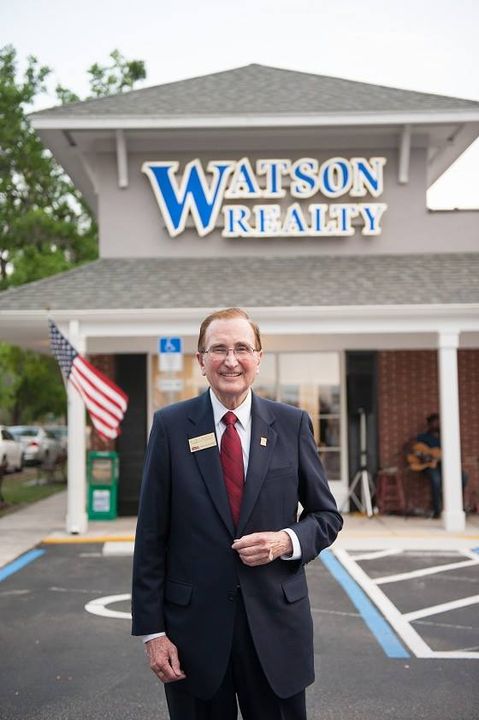 Wouldn't want to be a realtor anywhere else.

In today's fast paced world, people often times feel like a number or lost in the crowd. Visit our blog to learn how Mr. Watson puts heart back into business: http://ow.ly/XZf74

Happy Late Birthday! So glad you had a fun one.

St. Augustine Board of REALTORS

St. Augustine Board of REALTORS

Don't miss out on the Commercial Panel Discussion. Reserve your seat using the link below.
http://ow.ly/Z84IA

It's a great day in St. Augustine today.

Thanks Dave and Jenna :). 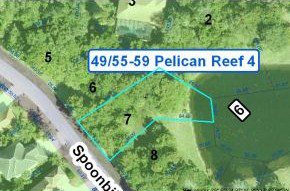 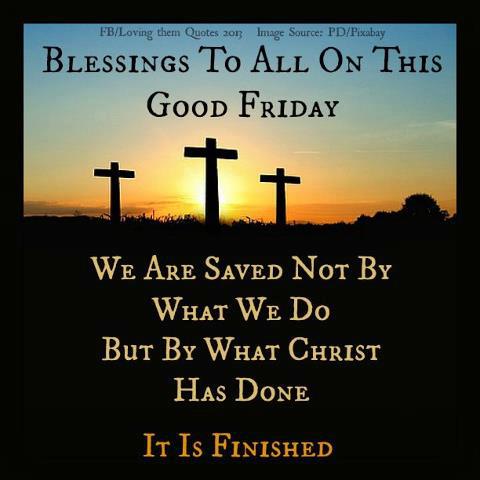 Hope everyone has a blessed day as we remember what Christ has done for us.

Be the first to know and let us send you an email when Gwen Harmon Homes posts news and promotions. Your email address will not be used for any other purpose, and you can unsubscribe at any time.

Other Contractors in Saint Augustine