PCC Construction Components is glazing contractor that focuses on design-assist commercial projects in the Maryland, Virginia and Washington, DC.

We support the building envelope with custom curtain wall and architectural wall systems.

Power and purpose in our people.

We are so proud of our team for making Associated Builders and Contractors (ABC) of Metro Washington Top Performer List!

We are humbled to join 200 top performers in achieving excellence.

Check out the full list of the contractor's you WANT to work with in the comments below.

We are on the home stretch of completing our scope of work for 1000 South Capitol Street, with the only remaining items being the AMC entrance canopy and garage entrance soffit.

This will cap off the beautifully designed multi-use building, with the façade starring a specular fiber cement panel system and a one-of-a-kind sawtooth condition composed of aluminum composite materials.

This building is a highlight for all that pass it as they stroll down South Capitol Street in the heart of Southeast DC.

PCC would like to personally thank the HITT Contracting Inc. team for its leadership in the success of this project!

Phillip Guthrie is heading up the Alzheimer’s Disease & Related Dementias (ADRD) project, which is at 85% completion.

This facility will provide 65 modular units with an overall building footprint of 24,000 sf. This new and temporary modular facility will support Bio-Safety level 2 laboratories, support areas, breakout areas, huddle spaces, conference rooms, and both open and enclosed office spaces on one level.

This project will provide a transformative, state-of-the-art research center, bringing together world-leading scientists from both within the intramural and extramural research programs, as well as from industry and academia.

Help us give a warm welcome to Senior High School student, Mercy Mogrovejo.

She is getting a head start in her career by attending Montgomery College under a dual enrollment program and interning with PCC.

"I would like to immerse myself in all of the steps project management takes to work towards completing their large scale curtain wall and metal panel projects."

Yesterday we spent the day at University of Maryland College Park Career Fair speaking to students about the opportunities in the construction industry.

Stand Down with PCC.

There are approximately three jobsite fatalities in construction every day and an estimated 10 to 12 suicides among construction workers. In the construction industry, mental health awareness and suicide prevention are just as important as job safety issues.

Now is the time for the industry to STAND up for suicide prevention and address it as a health and safety priority by creating safe cultures, providing training to identify and help those at risk, raising awareness about the suicide crisis in construction, normalizing conversations around suicide and mental health, and ultimately decreasing the risks associated with suicide in construction.

Visit the link below for resources to help you with toolbox talks.

Check out Turner Construction Company's Richard Bach who spoke to Construction Dive ahead of the NFL's big game on the SoFi Stadium Project.

- It's the largest NFL stadium ever built under a single roof.
- The seating bowl is a separate structure from the actual roof.
- The field is also approximately 100 feet down from grade around the site, which is also extremely unusual. So, for example, if you walk from grade, you're on level six so, you look down at the field.
- The bowl sits inside of a very large excavation, that's got a retaining wall around it.
- SoFi will host the College Football Championship in 2023, and the opening and closing ceremonies for the Summer Olympics in 2028.

Read the full article below.

Join us Wednesday, Feb 16th at 5:30 PM and meet our Associated Builders and Contractors of Metro Washington 2022 Board of Directors at the Hotel at The University of Maryland.

Make new friends and keep the old! Join us as we kick off the new year in style at The Hotel at The University of Maryland. Mix and mingle with the volunteer leaders making an impact in today'

We are approximately 50% complete on the Armature Works Project.

Chances are our Vice President of Construction, Terry Down has a few.

Get to know our 20-year veteran in the short bio below. Check out the first issue of our e-newsletter that includes exciting updates on our projects, our people, and our community.

Thank you to our industry partners, and employees who
continue to work hard to build the DC metropolitan region and beyond!

Message from ABC of Metro Washington 2022 Chair of the Board, Leigh Press

Leigh Press is proud to serve as Chairman of the Board at Associated Builders and Contractors (ABC) of Metro Washington this year alongside new Association President, Daniel Bond, MSM, CAE.

Leigh discusses the strategic goals for the year including Total Human Health and Wellness:

Message from ABC of Metro Washington Chair of the Board, Leigh Press

At approximately 2,500 lbs., team PCC is installing around 7-9 units per shift on the WMATA Headquarters project.

Our team is pushing through the winter storms, night shifts and braving extreme cold weather.

We completed roughly 310 units thus far and installed additional systems including CW, panels and louvers on the lower floors.

Eva talks about her late father as her industry role model, her favorite PCC project and how she manages a healthy work-life balance.

From Brick to Glass

Learn more about this project here.


1701 Rhode Island Avenue – From Brick to Glass October 26, 2021 From Brick to Glass: An Award-Winning Boutique Office Building Renovation Formerly known as the YMCA National Capital, a full brick community center, PCC was tasked to transform the 37-year-old building into an all-glass office struct...

Check out our before and after photos of 880 P Street.

The L-shaped building, one of four connected towers that make up the 1 million-square-foot City Market at O, occupies the block of 9th and P streets NW in the District. 880 P Street is a 142-unit luxury apartment building with 360-degree views, oversized balconies and floor-to-ceiling windows.

Additional scope items included composite metal panels on the street façade, single skin panels on the courtyard and roof and a decorative all glass feature wall inside the penthouse community space. One small thing that will make our customer’s day?

"Attentiveness. I oversee roughly 7-9 rain screen / glazing projects at any given time. No matter how busy my day is, I strive to provide personalized service, guidance, and reassurance on every project I manage.

Internally, my team understands they can use me as a sounding board to talk through any specific scenario on a project. We don’t view problems as issues; we analyze situations, determine our best options, and then provide solutions. Our team places a strong emphasis on overseeing materials, lead times, and relationships on each project.

Our clients choose PCC because we hold ourselves accountable, our team is reliable, and we take great pride in our craft.”

Hoping 2022 opens up a window of opportunity to meet your most ambitious goals.

“Our team is highly knowledgeable on a wide range of glazing and panel systems. While glass is often made in the U.S., our products come from all over the world. We make recommendations based on what is the best fit for your project.

We often get asked, “Why can’t we get an exact color on my windows or panels?” Each paint application for curtainwall, panels, louvers, etc. have different processes that require a unique paint formulation. There will always be slight variations, but our vendors work to give you the closest match possible.

Another tip for clients: While value-engineering can be a good way to save money, using established material systems that have a proven track record are worth the cost in the long-run.”

Brian also shares the most interesting thing he has seen on site, favorite PCC project, and best day on the job.

Be the first to know and let us send you an email when PCC Construction Components, Inc. posts news and promotions. Your email address will not be used for any other purpose, and you can unsubscribe at any time. 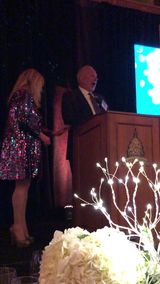 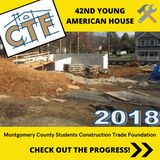 Other Contractors in Gaithersburg

Other Contractors in Gaithersburg (show all)