Many beach condos are rentals, but you can't rent one out with a broken window or a sliding glass door that isn't shutting properly. We are located right on the island so it is easy for us to come over and quickly and affordably do a replacement and make everything work right!

Happy Father's Day! Hopefully you did not get any of these gifts!

Searching for a last-minute gift for your dad? Here's what not to buy

Thinking of getting rid of the old sliding glass doors? We have some options through some of our manufacturers. Let us help you make some changes that will make you smile.

Therma-Tru patio door systems offer the same quality, beauty and durability found in our entry doors. Browse our patio door options below or visit our Patio Door Configurator to build and price your new patio door. 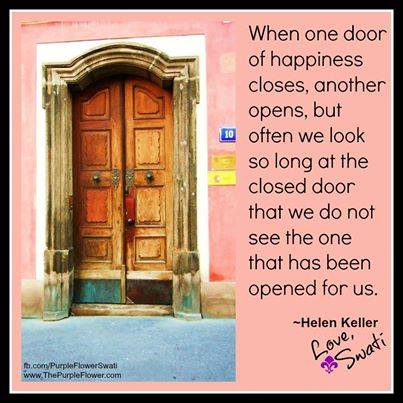 Doors have a lot of symbolism in our lives. Maybe when the door of happiness won't open it just needs to be replaced!

This rustic look is charming but it would still have charm with a good front door!

Buying local means you have a friend helping you. Someone who is a neighbor and has your best interests at heart. We're here year 'round to help you make a decision on doors and windows. Come visit our showroom or give us a call! 5305 A1A South
Saint Augustine Beach, Florida (904) 461-9542

The most noticeable features on this home are the columns, the windows, and the beautiful front door. Two out of three things we can provide for your home's new look!

Why #remodel your home's exterior? Here are three reasons: http://bit.ly/1rREbD9

Even if you have a vintage house, we have products that will work for you. Don't assume you can't have windows that are both energy efficient AND beautiful! 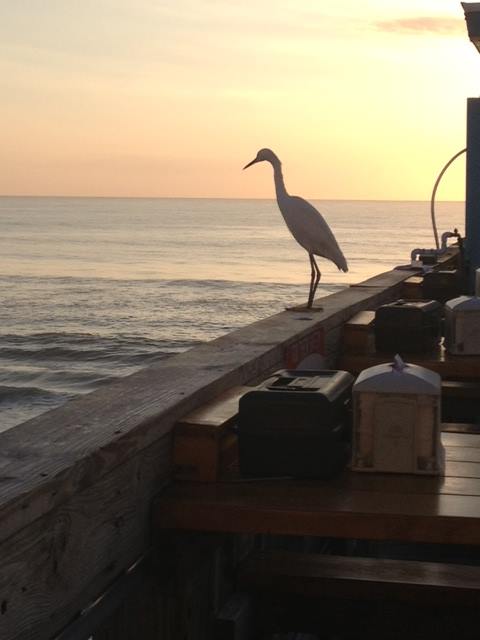 Do you live on the coast? See it more clearly with new windows!

Once of the great things to do here is watch the sunrise from one of the many piers that skirt our beautiful coastline. Breakfasting in the early morning calm is just incredible and the perfect way to begin any day.
www.MemoryHopkinsRealEstate.com

Are your doors and windows storm ready? We're at the beginning of hurricane season and we want you to be safe.

Across the Atlantic basin on this Wednesday morning, there is a stationary trough of low pressure over the Bay of Campeche, producing disorganized showers and thunderstorms.

However, this disturbance has the potential to produce locally heavy rains during the next few days over portions of southeastern Mexico.

Get the latest on the tropics anytime by visiting the NHC website at www.hurricanes.gov

National Homeownership Month is a great time to plan upgrades and repairs. Are there some new energy-efficient windows or a beautiful front door in your future?

This scene looks beautiful because of the flowers. The doors and windows need some help. Don't cover up your house's flaws with flowers. Fix the problems first.

Ready to make your home more classy looking? We've got the doors and windows to do it.

Want to enhance your front entry but don't know where to begin? Here are 12 tips to get you started: http://bit.ly/1tKKvKf #TipTuesday

Memorial Day ceremony honoring those who have gone before.

This will make an impression but it would be more lasting and less trouble to make a good impression by replacing your front door with something a little more up-to-date.

Lots of time on your hands this weekend? Impress your neighbours by trimming the hedges! 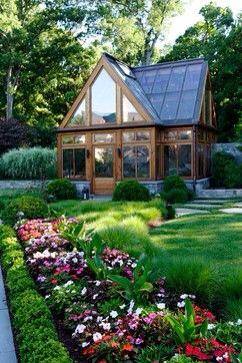 Love the windows. If you don't love YOUR windows, give us a call. We can help!

Even homeowners who love DIY don't always win when hanging a door. Don't go into combat against your house. Call us, decide what you want, and there you are with a new door. It starts here: 904-461-9542

We'd just like to point out that you can't have a view without a window! And you know where the best windows are! St. Johns Door & Window 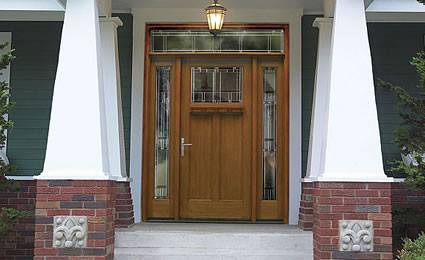 Did you think classic had to be wood? Fiberglass can offer superior weather resistance and security without cutting down a tree.
Ask us about our Therma-Tru fiberglass doors. 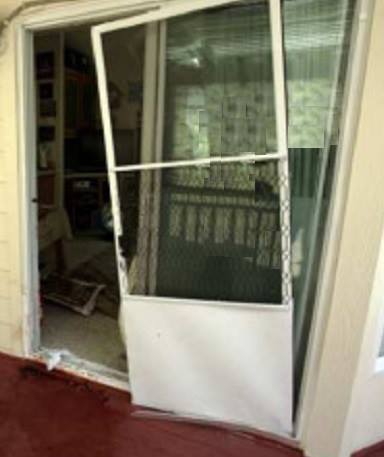 High winds and water can damage doors but don't despair. This may be the excuse you've been waiting for to make a change to something more attractive!

Just a little update - paint your old door or let us replace it - and suddenly your home sizzles with curb appeal! Yep, we can make that happen!

Add some style — and value — to your home with these #DIY #CurbAppeal updates: http://bit.ly/1pWgKaL #HomeImprovementMonth

Concerned about what to do with your old doors when we put in the beautiful new ones? Our suggestion is to spend some time on Pinterest or just Google "repurposed doors!"

This forum is for the discussion of the creative use of found objects in the garden.

By now you know what we're going to say! The window makes this room come alive. If you have older windows or big sliding glass doors, give us a call. You'll love the new look and you'll save money on energy bills!

Business trends show the door and window business is booming as manufacturers ship more product. Driving some of that growth is the demand for greener, more energy efficient doors and windows according to the article. We could have told them that, we've been listening to our customers for years! We hear your preferences and we're ready to install the doors and windows we know you want!

How to Make a Dressing Vanity from a Vintage Door

There are plenty of DIY projects you can do with your old doors and windows while we are installing the new ones!

Use one to spruce up your entry, or bring one inside to double as a pantry door or as an elegant dressing vanity when fitted with a mirror and hooks

It's a great bathtub but it is truly the window that makes the room. Let us help you find your perfect feature window!!

Hello from Southern California:) My name is Michelle Ball & I'm the owner/creator for A Room With A View. Thank you for joining me here! Please visit and "Like" my other pages: Slice of Life, Celebrating Life, & My Escape. Thank you

The look is old fashioned, the door is modern but fits right in! What look do you want for your house? 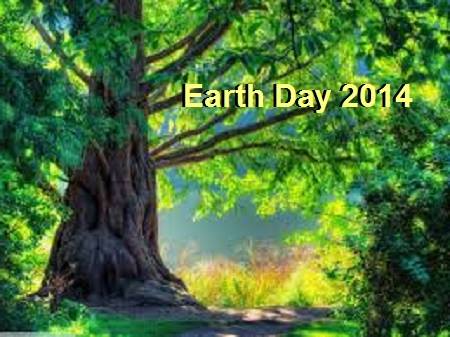 Is it time to help your house have a smaller carbon footprint? Let's talk about doors and windows. We can make a big difference!

Like to "buy local?" We've been here 20+ years and you can count on us. We always treat you right because you're our neighbors!

Some attractive ideas from our friends at Therma-Tru. If these ideas are appealing, give us a call!

Boost your home's #CurbAppeal with these 12 ideas! http://bit.ly/1p7D2Gj #TipTuesday

Is your house starry-eyed, dreaming about the day it gets new windows? We make it easier than you think! Give us a call at 461-9542 and tell your house its dreams are coming true!

Not every house needs a fancy entry. But they all need something that looks good and provides privacy and security! This one is a Therma-Tru. We have some wonderful doors you can choose from.

Sure, that chandelier is beautiful but what if those windows just past it were old and cracked and not up to par. Makes a difference! Don't buy an expensive light fixture and install it next to old discolored aluminum sliders.

Houses do not need to be modern to benefit from a window upgrade. Many older traditional homes take on a new look when given energy efficient and beautiful windows.

Doors and Windows permanently secured in your home

Be the first to know and let us send you an email when St Johns Door & Window posts news and promotions. Your email address will not be used for any other purpose, and you can unsubscribe at any time.

Other Construction Companies in Saint Augustine

Excellent service. Made appointment, came at that time. Neat and professional. 2 thumbs up! Don and Becky Carini, SVR Realty
We contacted them a month ago. After many calls they told us our job was too small. This was before they even gave us a price. I’m amazed they are still in buy.
Geoff called me a liar about the date of installation that I was told by the office manager. He did not believe me. He said it was what I wanted to hear. He proceeded to tell me I was rude for the way I was talking after being told all of this by him. I need the work done by that day because the house is under contract and this is the last repair needed. I said it was the last time we would do work together because his brother John had been rude to my parents before (I believe in second chances and knew they could do the work). Geoff proceeded to tell me he was having a bad morning and he wouldn't let me ruin it. I apologized if I offended him so that he would calm down and do the work. I attempted to take the high road. He continued to tell me I was rude and would not calm down or attempt to recover. He said he would call me when ready to do the work and held it over me like it might not even happen. After not hearing back and absorbing what had happened (I was in shock at his words), I called to tell him it was best he did not do the repair after his rudeness and condescending towards me. He then insulted my work ethic and called me the biggest pain in the ass. What person, much less a man says that to a female client? I held my ground and absolutely told him to go fly a kite. He then called my husband to say I was a liar. I have never in my life ever had a business person call me a liar and a pain in the ass. Do not ever use these two men. Their treatment of a customer is disgusting. I contacted them daily for updates on the delivery of parts, to confirm the date of repair, and then this treatment. Save your money for someone who will appreciate you and respect you as a customer and not call you a liar when you are trying to get the job done.